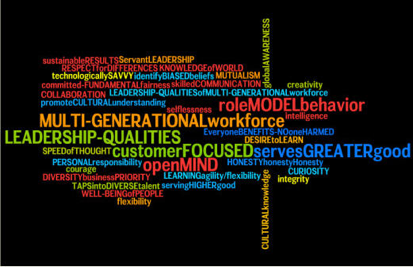 I subscribe to neither of them. Here’s mine: Treat everyone you lead the same, just do it differently. I believe that’s the most effective way to lead because people are mostly the same. They always have been and history shows us that there is no reason to think that will ever change.

We all have the same basic needs and wants. The mere fact that we’re all human dictates that simple truth. While we all have much in common however we all also have things about us that make us different from every other person on earth. I am unique and so are you and you and you. So is everyone else.

Some folks in leadership positions seem to miss that fact, or at least part of it. They understand that as a leader “they” are different. They know that it’s those differences that set them apart from other people and make them a leader. Then, at the same time, they lead their people as if their people were just like them.

In this series of posts I’ve titled Leadership for the Ages we’ll look at the differences in people related to their generations. I’ll write with broad strokes here with the full understanding that even within generations the differences abound.

In this post however let’s look at what all generations have in common.

They expect honesty from their leaders. They want… it’s actually more than want, they need to be able to trust their leaders. People of every generation have always needed a leader they could trust and they have always known that leadership has little to do with a title or position.

They know that leadership, actual, authentic, servant leadership has to do with caring for and about people. Regardless of a person’s age, background, motivation, or goals, they don’t care what a leader knows until they know that the leader cares. About them!

People will commit to a leader who cares about them, they will follow, they will go the extra mile. They follow leaders they trust to look out for their people’s interest. Without integrity there is no trust and without trust there is no leadership. That’s true for all generations and all cultures.

Everyone has that in common.

In the next post we’ll begin looking at the differences in the generations and how those differences affect both leaders and followers.

3 thoughts on “Leadership for the Ages – Part One”