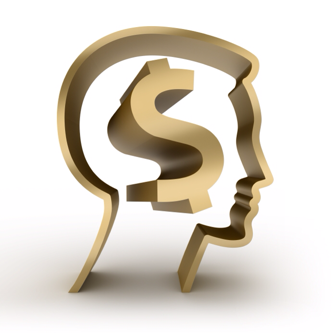 First let me say I’m not sure I should be writing this post; I don’t think it will make either side of this “issue” happy because I have no intentions of taking sides. It is an issue that pops up too often and I’ve been encouraged to write on this subject so I will…. sort of.

I will say however that everyone would be better off if they worried less about what other positions in their organization earn and worried more about how to make their own position more valuable.

Let’s begin with a true story from a long time ago. Years and years ago I worked for a small business with around 15 employees. It happened that there was an opening for an office assistant and since she apparently didn’t have a lot to do, the wife of the owner of the company took the position.

She was a wonderfully friendly person. She seemed genuinely interested in people and I think most who knew her would have said she had a caring heart. She was simply a nice person.

One of her tasks to complete twice a month was payroll. She would compile the necessary documents and forward them to an outside payroll company that would take it from there.

One winter the owner and his wife went on a well deserved two-week vacation. That wouldn’t have been much of an issue except that she hadn’t had time to complete her payroll work before they left. When payday came there were no checks and no direct deposits.

That was a problem for many of the 15 employees. Since I was at the time the highest ranking manager around they all came to me to ask where their paycheck was. I ran it down with the payroll company and discovered there were no checks because nothing was sent to them. There was nothing we could do but wait for the owner and his wife to return.

When they returned I immediately shared the “mood” of the team and asked what had happened. The owner’s wife was very defensive and said she didn’t see why “it was a big deal.” She said “surely everyone has a money set aside for just such an occurrence.”

She was absolutely dumbfounded to learn that no, not everyone could afford to miss a paycheck. She truly and sincerely had no idea that there would be people employed by her husband’s company who lived check to check.

Money had become the great separator. She had all the money she needed, they were wealthy by any standards and she couldn’t understand the thinking of those who weren’t. They had been wealthy for so long that she couldn’t remember what it was like to not be wealthy. She assumed that everyone was like her and that their thoughts and abilities were like hers too.

That’s the real cost of executive pay. It’s the separation in thinking between levels of compensation. It really has nothing to do with money at all. It really has nothing to do with executives either. If someone is making $10 million a year and their boss is making $100 million there will be separation. If the boss is a mid level manager making $80,000 a year and their direct reports are making $60,000 a year there will be separation, not as much perhaps but it is still there.

No matter how much money you make or how high you go in an organization you will never be able to afford the high cost of separation from your people. You MUST know what they are thinking and why they are thinking it.

Every leader needs a mentor but the higher you go in an organization the more you need an additional mentor from the ranks. This is a mentor, or maybe a better word would be “touchstone” who you allow and encourage to tell you the truth and to tell you what’s happening in the organization. This person (or hopefully, people) is your bridge to reality. This person ensures that you don’t let your title, position, or income level keep you from knowing what’s really happening around you.

I don’t have to tell you what happens when leadership stops.

5 thoughts on “The Real Cost of Executive Pay”