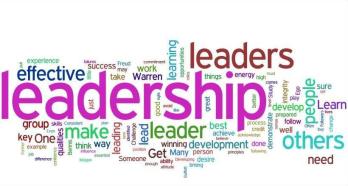 There is simply a ton of stuff written about leadership. You can find it all over the web. There are sections in libraries and bookstores dedicated to the topic. I’m not sure we could even count all the blogs with a focus on leadership.

If you can’t find something “new” written on the topic of leadership everyday you just aren’t looking. It’s everywhere!

This is not a positive post. It’s not very motivational either but it is very very true.

I write lots of very positive and motivational leadership tweets over on my Twitter @leadtoday. I believe in everything I write. Leading others is both fulfilling and rewarding. If it’s not both of those for you then maybe you’re not really leading or you need to change your leadership focus from you to your followers.

I have read (and even Tweeted) that if “it’s lonely at the top” you must be doing something wrong. That’s mostly right. But not always. Sometimes it’s very wrong. Sometimes “the top” is the loneliest place on earth.

I also often say that if you’re going to lead you simply must be able to make decisions. That is always right. The good news is that most of the decisions a leader is required to make are easy. Cut and dried. Black and white. Easy!

Sometimes the decision to be made is so big and important that no matter how much consult or input you receive it’s still you making the ultimate decision on your own. Alone.

Sometimes that big decision isn’t even made at the top. Sometimes it’s made from the middle. That doesn’t make it a smaller decision, that can make it even bigger. It can make it harder too, harder in the sense that there is less “protection” in the middle than there is at the top. Either way, making that decision can put you in a pretty lonely place.

Authentic, experienced leaders know that the toughest decisions are the ones that involve people. Money decisions, decisions about vendors, buildings, processes, and investments can all be dwarfed by decisions that involve the lives of other people.

Some leaders run from those decisions. Some hope they just take care of themselves. Still other leaders become almost paralyzed struggling about what to do. The amazing thing is that in most everyone of those instances the leader knows what needs to be done. They know what’s right, they just can’t make themselves do it.

Authentic leaders, the ones who make a real difference in this world, make it. They may only have a few decisions of that magnitude to make in their lives but they make them. They know that avoiding the decision IS a decision. It’s a decision to do nothing and it frequently leads to disaster. So they make the decision.

Authentic leaders know that it takes courage to make these decisions. That courage comes from rock solid principles and the conviction to stand by them, no matter what. They don’t make these kinds of decisions in the absence of fear, they make them in spite of the fear.

You can make a lot of poor decisions on the smaller things and still succeed. If you’re going to succeed as a leader you must get nearly all the big ones right. Perfectly right.

That’s what great leaders do.

10 thoughts on “The Truth About Great Leadership”