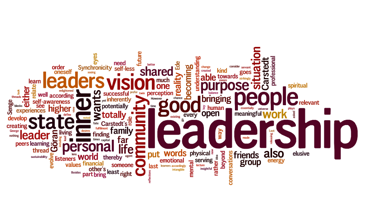 Good leaders build strong followers. Great leaders build more leaders. If you’re in a leadership position and you’ve built a strong team then good for you. You’re likely a very good leader. If you haven’t developed at least a couple of people who can step right in and fill your shoes then you’re not a great leader, at least not yet.

The ability to develop leaders is a trait that all truly great leaders have. They know that if their team still needs their leadership to succeed then they have yet to fully succeed as a leader.

They develop their people by building trust. They coach, not command. They share their experience and offer advice. They delegate tasks to teach, not to dump work.

They tell the truth even when it’s hard. They are the model of ethical and morale character for their people. They follow through and do what they say they will do. They know that if their credibility suffers their ability to lead suffers with it. The moment they lose the morale ability to lead their ability to build a leader is gone as well. You see, only a leader can build another leader.

Leaders who build leaders take the blame but give the credit. They redefine failure and use it as a teaching tool. They inspire others to see their potential – then see it themselves and unleash the talent of their people. They let them be wrong and let THEM fix whatever problem was created by the mistake. Their people trust them enough that they feel empowered to take a well considered risk.

Leaders who build leaders divest themselves from the day-to-day problem-solving activities of the organization. Instead they choose to maximize strategic and relationship-building efforts. It’s these relationships that contribute to the forward momentum of the organization rather than causing a “bottleneck” at the leader’s office.

Leaders who build leaders don’t badmouth, they don’t gossip. They walk the talk and take others along with them. They listen more and talk less, showing that they value the opinions of those who will lead after them.

Leaders who build leaders are great leaders indeed. They trust themselves enough to develop people who can and will one day take their job. They have the confidence to know that their ability to develop leaders is the one characteristic that will ensure their leadership will far outlast them.

16 thoughts on “How to Build a Leader”