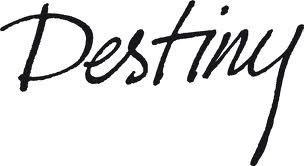 Perhaps you have heard it before. There’s this guy who runs a hot dog stand in the city and he does pretty good with it. Good enough in fact that he can afford to send his son off to college. While his son is off to college the dad continues to grow his business, by the time his son graduates from college his dad has 10 hot dogs stands around the city and no less than 15 employees. His business is booming!

Well, his son is shocked by all this growth. He tells his dad that times are bad, he shouldn’t be growing like this in “down” times, and he certainly shouldn’t be adding employees. He needs to be careful; he should consider cutting back until the “economy” picks up again.

The dad was surprised by all this because he thought he was doing just fine but he decided to listen to his son because he was after all a newly minted college grad. So he began to cut back, he let most of his employees go and cut back to just 2 stands. Sure enough, just as his son had predicted the bottom fell out of his business. In what seemed like no time at all his business was down 80%. He was very grateful for his son’s advice and thanked him for saving him from a sure disaster.

Can you imagine what might have happened to that guy if he had never found out that times were bad, that business was slow and that he had better cut back on his efforts? Really? Can you imagine?

Perhaps you’ve heard we’re in the same boat as the hot dog guy. We had best hunker down for more tough times and just head into survival mode.

Well, that’s one idea. We could just do what the hot dog vendor did.
But….consider this for a moment. Fight or flight? That is really the question anytime successful people are faced with a challenge. Will they fight their way to success or run from the challenge?

I remember the late 1980’s when the economy really was a mess, I was selling training then and it was tough going. I was convinced I was going to have a tough year. I heard a lot of “no” but I lost most sales to a simple “no decision”. Then I made a call on a company and met a very unique individual. As I was preparing to commiserate with him on the sad state of business he told me that his company had made a decision to not participate in the poor economy. They were just moving forward as usual (I guess there was no newly minted college grad there to advise them) and in the process they were killing their competition. Apparently the competition had bought into the bad economy notion.

So, what about you? Fight or flight? No matter what anyone says, that choice is yours and yours alone. No outside influence can take that decision away from you.

Will you control your success or become a victim of circumstance? Will you step up your activity and prove your commitment to success or just follow the masses?
Don’t get left behind, don’t just do what you’ve always done, do a little more and then just a little more.

Can you imagine the hot dog vendor’s success if he hadn’t listened to his son? Can you imagine your own success if you never listen to the naysayer who keeps telling you that it’s not the time to take a risk. They are the same people who don’t want you to succeed because they don’t believe they can succeed.

You can control your destiny if only you’ll decide to make it so. It’s your life, it’s your success and it is most certainly your decision.

Choose success, it absolutely beats every other alternative.

6 thoughts on “Choose Your Destiny”