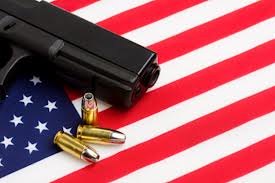 It was a couple of articles in today’s edition of the Minneapolis Star & Tribune that finally prompted me to add my two cents on the topic.

Such is the emotion that surrounds this important debate. As with most topics that are worth debating it is that emotion that makes the debate so unfruitful.

The first story I noticed in the paper was the story of a man who murdered his mother in 1995 with a shotgun when he was just 14 years old. He was found to be insane and was committed to an institution for the criminally insane. Under both state and federal law if he was ever released he would be forbidden from ever buying or owning a gun again.

Well, he was released, and there are NO RECORDS to indicate exactly when. Nice isn’t it, they really aren’t sure just when he got out, that would indicate to me that they also can’t say it was okay to let him out. Was he cured or not?

In the time since his release he has been acquiring guns, “legally” purchased at local gun shops. A LOT of guns, the paper rightly described it as an arsenal. He just lied on his permit application, switched his first and middle names and presto – he’s good to go.  He managed to acquire 13 guns, including semi-automatic rifles, an AK-47, a Tommy gun, assorted shotguns and handguns, including a .50-caliber Desert Eagle.

Then he posted a photo on his Facebook page of all his guns laid out on a table. A local sheriff’s office saw the photo and recognized the name of the person as someone who was forbidden to own any weapon, much less this stockpile.

When the deputies arrived at his home, the same home where 18 years earlier he had murdered his mother, they discovered letters he had written (apparently to no one) that talked about the “monster” within him that wanted to kill, and kill and kill.

I wish I could say that the paper reported this was an isolated incident but apparently not being able to legally purchase guns in Minnesota is no hindrance to “legally” purchasing guns in Minnesota. The loopholes are so big you could drive a tank through them.

Why would we even need “debate” about closing those loopholes? Sorry folks, but I don’t want convicted murderers, crazy ones at that, standing next to me at the gun range blasting away.

The next story would almost be funny if it wasn’t so ridiculous. On Saturday, January 23,  2013, five people were shot at various gun shows around the U.S. All accidentally, and all will fully recover. But five people, in a day?

I probably wouldn’t have paid that much attention to this story except for the part about the guy who had just purchased himself a used 45 caliber handgun. Apparently one of the first things he did was point it at his business partner and pull the trigger. Well, guess what – unknown to the guy who purchased the gun it came with bullets and the bullets were in the gun. His business partner is hospitalized but recovering.

Now here’s the part that really caught my eye. It’s illegal to bring a loaded gun to that gun show but the person who did will likely never be prosecuted because no one knows his name. It was a simple cash transaction. No records and no ID required! We would probably never know who bought it either if the knucklehead knew anything about handling a gun.

Could we at least get a name of the seller? Just a name? Why would we even need to debate about that?

I went up to my neighborhood store for my morning diet coke this morning and there was a guy in front of me who looked to be about 40 years old. He was buying cigarettes, they asked for his ID and he showed it to them.

I do not want more gun control laws passed in the United States. I will not surrender my guns, I will not stop supporting those who choose to owns guns, lots of guns. It is a basic right of every law abiding citizen of the United States. It’s fun to target shoot, hunting is a great sport and having a gun for self-defense is a very reasonable thing to do.

Can we ask people for a legal ID before we let them set up their table and start selling guns at the local gun show?

Worried about the “government” collecting all the guns? Stop deluding yourself; you and I know that is NEVER going to happen – 300 million guns are not going to go quietly into the night.

This really shouldn’t be so hard.

One last question to my fellow Conservative Republicans before you start ripping on me for this post ….  We want to pass “Voter Rights” laws that require people to show an ID before they vote (which I support) but showing an ID before buying a gun at a gun show is unconstitutional?

Help me out with that one.