Professional Selling is all about influence. When a customer calls wanting to buy your product that is not selling, that is taking an order. When you influence a prospect’s opinion about your product or service and change it from neutral or negative to a positive opinion, that is selling.

The most successful people intentionally work to increase their level of influence in all settings. Whether it’s work, a social setting, or a team setting influence is the currency of success. Business success and personal success both come from possessing influence.

Now here’s something that I need to repeat. Be GENUINELY curious about other people. This is not about manipulating people or fooling them into thinking you care about them. This is about increasing YOUR level of influence by truly caring about THEM.

Enter into these relationships with the intention of learning from others. Ask questions and listen intently to the answers. Linger on the words of the speaker until you’re certain you understand what was said.

People who listen intently learn more and that knowledge increases their level of influence.

Always be relatable. No matter what you’ve accomplished in life never lose your humility. Humility is a critical characteristic of Authentic Leadership and makes you more relatable to the people you lead. Humility makes you more authentic to people and actually increases your level of influence with them. 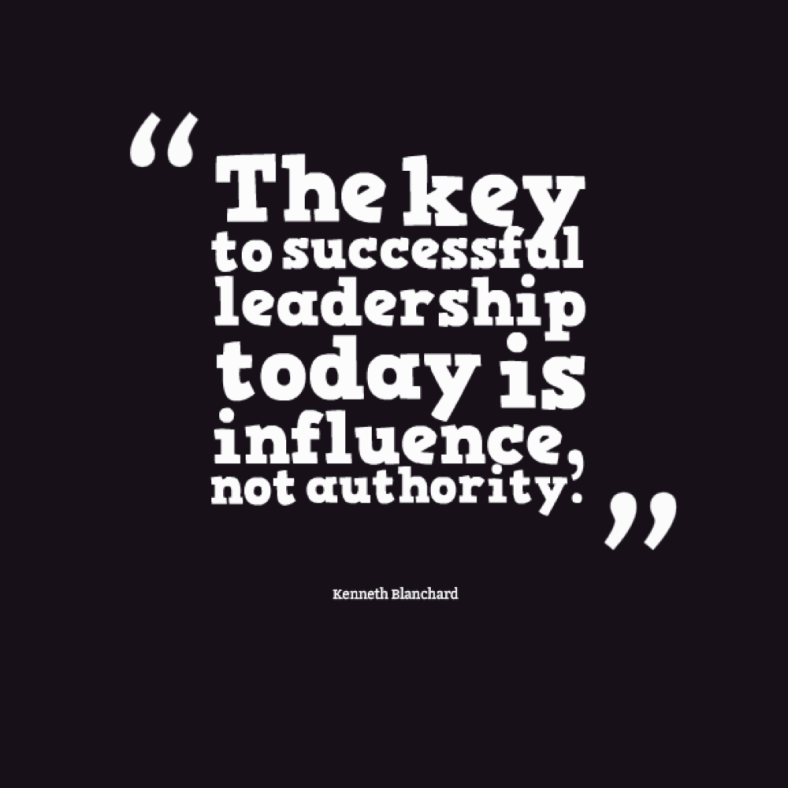 If you had no title of consequence, if you had zero power to punish and reward people – would they still follow you? Would you still get positive results from them?

The answer to that question is yes if, IF, you are actually a true leader.

If your people are not committed to you then they are not truly following you. They may comply with your requests because you have the power to punish and reward but that simply makes you a boss not a leader. (Just to be clear here I do not use “boss” in a negative sense, I use it just to distinguish the difference between leading and not leading. I have worked for bosses with no leadership ability at all and for bosses who were outstanding leaders.)

So, how do you improve other people’s perception of you while increasing your visibility? Here are four ideas…

Choose to help. My better days are the days I help others be better. My best days are the days when almost no one knows I did it. If you have to tell people that you’re helping others you’re still missing the influence mark; help enough people and you won’t have to tell anyone because lots of people will notice the difference that you make.

Recognize others….for their success and yours. People crave recognition! Even people who say that don’t need any recognition literally crave it. It’s a basic human need. So fill that need for others, praise them early and often. Be intentional about looking for good things other people do and be lavish in your recognition. Also remember that it’s very likely that others contributed to your success, don’t forget to share your success with them through public recognition. No one, I mean no one, succeeds completely on their own. So don’t behave as though you did.

Influence is built, little by little, day after day. If you want to earn the commitment of your people then commit to build your influence every single day.

John Maxwell’s one word definition of leadership is this: Influence

I agree, sort of. Only sort of because what you do doesn’t make you a leader, why you do it does.

Dictionaries define influence as the capacity to have an effect on the character, development, or behavior of someone or something, or the effect itself.

Everyone has at least a little influence. We all have some effect the behavior of those around us, just as they have some effect on ours. We have that effect whether we intend to or not. So does that mean everyone is a leader whether they intend to be or not? I would say no.

That means we probably cannot define leadership with just one word. We need two.

Wandering around influencing others does not make you a leader. Being keenly aware of your influence and using it to intentionally change behavior and build character makes you a leader.

Now, for those of you who do not currently have a fancy title or top position and believe you need one to be a leader let me say this:

People don’t follow titles or positions. They follow people and the people they choose to follow are the ones who they believe care about them enough to help them succeed.

Now, for those of you who do have a title or position and believe that makes you a leader let me say this:

If your influence comes only from your title or position then you may be a manager, you may be a boss, but you’re almost certainly not a leader. Your title may give you a little higher level of influence temporarily but consider this…

If you lost your title, lost your position, lost your authority to reward and discipline, would you get the same results from the people around you? Would your influence level remain high? Would people still follow you?

Those are huge questions. To answer yes you need an amazing amount of confidence in your leadership ability. I hope you were able to answer yes. Be aware however, the brights lights of important sounding titles and lofty positions can blind even the most well intentioned person to their shortcomings. So if you answered yes I also hope your people would agree with you. If you AND your people agree then there can be no doubt; you are truly a leader.

When your influence is positive your leadership can outlast you. That’s great leadership!